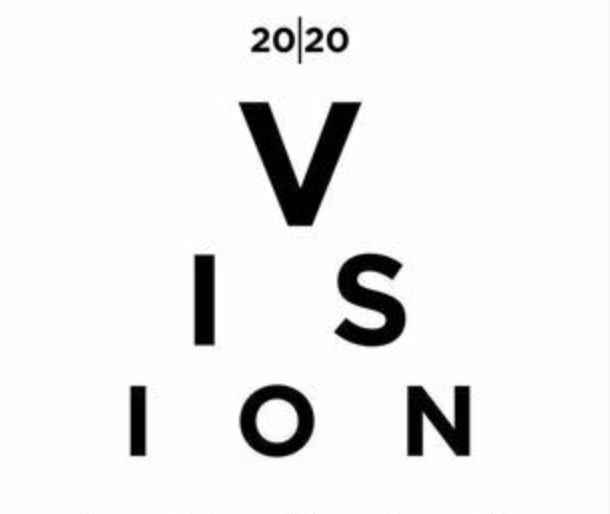 The New Year brings tremendous opportunity to make changes within your organization. A simple turn of the calendar prompts us to consider how we can do more, be more, and work more towards the goals we have for the new year or in this case, the new decade.  As you plan and aspire to new achievements this year, you may be facing one lingering question: how do you get others to want to work along with you? You know that a manager is only as successful as his or her team, so how do you kick off 2020 with everyone aligned and aiming for the same things?

Analyze Where You’ve Been

If you’re trying to look ahead, it’s useful to know where you’ve been.  Take time to evaluate the strengths and opportunities that your team had last year.  Recognize what they do well and what you want them to keep doing. Identify the areas of growth for each person and the team as a whole in the next year.  It helps to know how each person contributes to the overall success of the team.

Paint the Picture of Success

With a clear view of what your team is capable of, share your ideas about goals for the new year. Back your vision with data, and speak with passion when it comes to your plans. The more energized you are, the more they’ll be eager to align and join you in achieving the vision. Show your team how the goals will lead to positive outcomes for each of them and for the team. Make each goals and opportunity tangible with a plan of action of how they are going to successfully get there. The clearer the vision, the stronger the teams’ ability to work for it.

Remind Them of What They Have Already Achieved

Once you have gained your team’s alignment, they still may wonder if they can realize your vision.  Big lofty goals can sometimes fill team members with fear or trepidation. It’s common for employees to ask themselves if they can really do it. Or to question how they will handle unforeseen obstacles.  Here’s where you can again lead them down the right path. Make a list of past accomplishments and hurdles they have overcome. Remind them of what they have done before. By showing your team how they have performed in the past, you’ll fuel their sense of commitment to continue to perform.  Point out how each individual and the collective team has been successful. Reviewing successes can bolster their confidence and motivate your team to tackle the new priorities, no matter how challenging!

On Your Mark, Get Set, Say THANKS

One of the biggest drivers of employee commitment is knowing that one’s efforts are appreciated.  Employees are more willing to work hard for leaders whom they trust and whom they believe appreciate their work.  By displaying gratitude for your team and reminding them how much of an asset they are, you will solidify their desire to work hard. How you choose to thank them is up to you. Remember the platinum rule: thank others how they would like to be thanked. For some, that may mean a personal note or a one-on-one conversation. For others, public recognition may fuel their sense of being appreciated. Still others might prefer a small (or large) token of appreciation.  Know how to thank each of your team members in a way that suits them. Be a leader who is known for being grateful, and you’ll see people genuinely give their all for your vision.

Our team is aligned around one vision for 2020: to serve our clients–existing and new–in ways that help that raise employee engagement. Happy New Year from KDH Consulting! 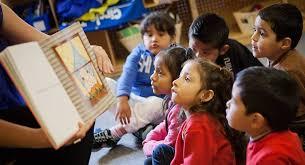 How many times have you attended a presentation and realized days later that you don’t remember very much of what was said? I bet the answer is pretty often.

There’s a Native American proverb that says “Those who tell the stories, rule the world” and in the corporate world, that’s truer than ever. With technology competing for everyone’s attention, the speaker’s job has become more and more difficult. Engaging stories can make an audience put down their phones and understand business objectives or cultural aspirations in a way that facts and figures don’t.

After all, from a very young age, we learn that stories are a good thing—we look forward to hearing them and then as we get older, telling them. Stories can inspire, engage and inform, in a memorable way. But where do you find great stories?

Start with what you know. For instance, in my 9th grade English class we studied Greek and Roman gods and goddesses, and were challenged with linking mythology to modern day, a subject I greatly enjoyed. Years later, when I worked on a presentation for a senior leader that was focused on the strength of our organization, you can bet that I included a story around the Greek god Jupiter.

Another deep well of stories lies in your personal experiences and it’s a good bet that your audience hasn’t heard them before. I began a presentation on Leadership with a story about my Grandmother, who led her family from Ireland to Philadelphia in a quest to escape poverty. I could tell by the reaction of the audience that they were listening and engaged.

Powerful messages. Even without princesses.

In the business world, a story can be fascinating even without make-believe and far-away lands. A well-crafted narrative can become a business case for seeking funding or securing resources. It can shape an organization’s culture or serve to orient new employees. You can even tell a compelling story that will persuade reluctant team mates to get on board with a new process.

Start with the challenge at hand: Is the organization in a growth phase? Facing internal or market-driven activity? Is there a challenge to overcome or an opportunity to seize?  Knowing the situation will help you to find and select the right story for the situation.

On your mark, get set, story hunt!

Encourage your team members to become “story hunters”—people who listen for stories that bear repeating in the workplace. Here’s an example. One of our VPs was casually chatting with his seatmate on a cross-country flight. As he explained a little bit about our company, she asked him the firm’s top 10 customers were. He wasn’t sure what “top” meant—the top revenue drivers, the longest relationship, the biggest companies? –and it bothered him. Back at work, he gathered a small team and announced that they were going to answer that very important question. Within a year, everyone in the organization was able to name our Top 10 Customers and importantly a focus on top customers became a strategic initiative for the entire division. You can bet that for years to come that VP told and retold the story of his enlightened plane conversation.

If you’re ready to incorporate storytelling into your communications strategy, KDH Consulting can help you get started. You’ll have a treasure trove of stories in no time. And you’ll be able to grab your audience’s attention with 6 irresistible words: “Let me tell you a story.”